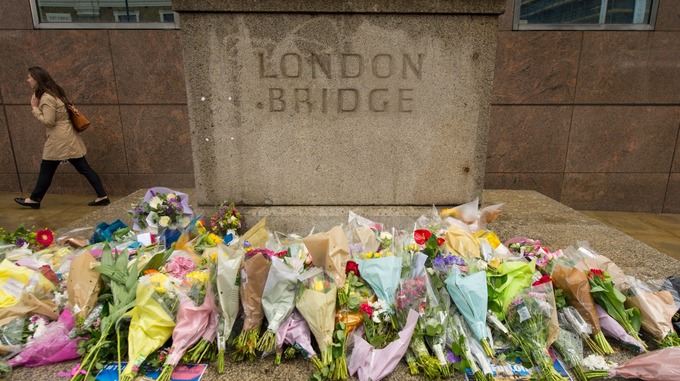 The victims of the London Bridge terror attack have been remembered in a minute’s silence and church service, exactly a year on from the events.

The service at Southwark Cathedral was attended members of the emergency services and the families and friends of the victims.

They were joined by Prime Minister Theresa May, London Mayor Sadiq Khan, Metropolitan Police Commissioner Cressida Dick and other dignitaries.

Leading the service was the Bishop of Southwark, Christopher Chessun.

He told the congregation: “Our hearts go out today to those who grieve the loss of colleagues, relatives and friends.

“While the very worst was happening, the best of the human spirit was shining brightly.”

He added: “This very best of human nature was expressed in the actions of the emergency services, passersby, and first responders.”

The 700-strong congregation held a minute’s silence ahead of readings from Dame Eileen Sills, the chief nurse at Guy’s and St Thomas’ NHS Foundation Trust, and local councillor Adele Morris.

Outside an olive tree – known as the Tree of Healing – was planted in the grounds using compost from floral tributes left on the bridge in the aftermath of the murders.

There followed a procession from the cathedral to Southwark Needle, at the corner of London Bridge and Duke Street Hill, where a minute’s silence was held.

Dignitaries laid wreaths at the site. One from Mrs May read: “We will never forget those who died and will never surrender to hatred and division.”

Mr Khan’s tribute read: “Our city will never forget you. We stand united against terrorism and together in remembering the innocent lives lost.”

Family Lunch for Two Adults and Two Children at Chiquito