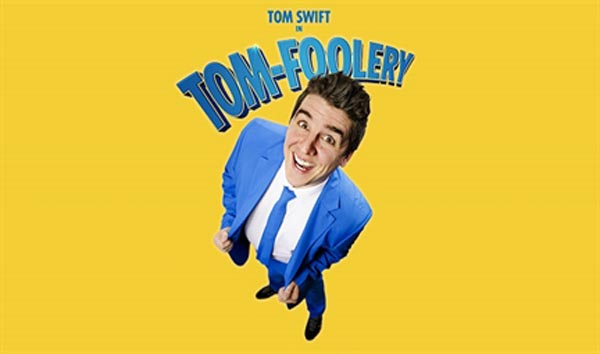 Known in Tunbridge Wells for his Panto antics, Tom now brings you his first one man show. Tom doesn’t have many friends so this is the perfect opportunity for him to meet people.

His pet hates are crowds and dolphin tattoos. He regrets his. Join the hilarious Tom Swift, as he embarks on a journey of magic and comedy that will appeal to all the family.

Located in the centre of Tunbridge Wells, Trinity is a vibrant theatre in one of the most beautiful buildings in the region, hosting around 350 events a year, ranging from the best in theatre and dance through to the biggest names in comedy and music. It has collaborated with everyone from Steven Berkoff to the National Theatre, as well as hosting a truly diverse range of international performing arts, film and visual arts. With some 90,000 people coming through its doors each year alongside a dynamic programme of participation for young people, it is acknowledged as one of the leading venues in the South East.

Bank of England and ECB take measures to reassure markets